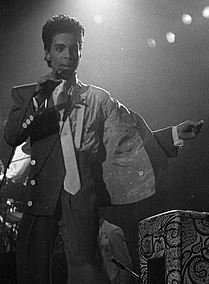 This past February, right before the COVID-19 pandemic got really bad in the U.S., the brother of a very famous deceased music legend passed away. While the entire world was aware of the death of Prince, the passing of Prince’s brother Alfred Jackson didn’t make news the same way. As the Star Tribune, Minnesota’s main newspaper, reported, this death greately increased the complications over Prince’s estate.

When Alfred Jackson died it raised new legal questions due to Prince’s contested will. The complicated efforts to settle the legendary musician’s estate are an example of why it’s so important to have a Probate Attorney handle your estate before your passing. Obviously, we are not as famous or as wealthy as a celebrity like Prince, but we should use this example to plan ahead and use a Probate Law Firm like Thav, Ryke and Associates to ensure there will not be complications or confusion.

From the Star Tribune (February 2020)

Jackson, one of six sibling heirs to a fortune worth at least $100 million, sold 90% of his Prince estate rights last year to Primary Wave, a well-funded and growing entertainment company that invests in music publishing and recording rights. Prince’s sister Tyka Nelson also cut a deal with Primary Wave, getting cash up front as the estate proceedings drag on.

As a result, close to one-third of Prince’s assets could end up controlled by parties not related to him, further complicating the difficult task of settling Prince’s estate.

Within hours of signing with Primary Wave in August, Jackson, 66, died of heart disease at his home in suburban Kansas City, Mo. Unlike Prince, he had signed a will. He did not have a wife or children and, in another twist, instead of leaving his estate to his siblings, he bequeathed his assets to a friend, Raffles Van Exel.

Van Exel bills himself as an entertainment consultant, but he is best known for hanging out with Whitney Houston, particularly in her last days, and Michael Jackson’s family. He also was a creative force behind O.J. Simpson’s notorious “If I Did It” book project, federal court records show.

“It breaks my heart that [Alfred] made a deal that he didn’t even live a full day to enjoy,” said McMillan, who worked with Prince for several years. “And now a third party is claiming rights to it. That’s something I find troubling.”

Primary Wave’s deal with Jackson is being questioned by his own family, at least his siblings who aren’t related to Prince. Their biggest goal: contesting Jackson’s will.

Prince’s death of a fentanyl overdose on April 21, 2016 — without a will — created one of the largest and most complicated probate court proceedings in Minnesota history. The value of the rock star’s estate is still being hashed out in Carver County probate court, waiting for a determination from the IRS that’s expected this summer.

“Prince has an [estimated] $100 million to $300 million estate, but it’s not dollars in a bank account but in [potential] royalties on his music, and that’s much more difficult to value,” said Dennis Patrick, a Minneapolis attorney who wrote about Prince’s estate in the Mitchell Hamline Law Review.

Prince’s heirs can’t get their money until his estate is settled. In the meantime, the estate has doled out tens of millions of dollars to lawyers, consultants and others.

During that same year, Prince’s estate paid $343,000 for attorney bills for the heirs. But the heirs are covered only for legal services that the court deems helpful to the estate itself. Prince’s siblings have personally racked up hundreds of thousands of dollars in lawyers’ fees.

Several attorneys have put liens on their interests in the estate. Court records indicate Tyka Nelson has had more than $800,000 in liens, while Alfred Jackson had unpaid legal bills of at least $900,000 when he died.

With proceedings dragging on, Primary Wave offered Prince’s heirs — all but one of whom are over age 58 — the ability to raise cash by selling their estate rights. Jackson, for instance, wanted “to enjoy life now, rather than wait … and either be too old, sick or dead to enjoy” his inheritance, his estate administrator, Leonardo Starke, said in an affidavit.

Primary Wave made unsuccessful overtures to at least three siblings — Sharon, Norrine and John Nelson, according to a recent court filing.

In it, the trio says they are concerned that Primary Wave will use its deep pockets to their detriment. The company’s involvement would only lead to more delays and tensions, the siblings wrote in a letter directly to court. With the case draining their “limited resources,” they said they can’t afford lawyers in this matter and are representing themselves.

New York-based Primary Wave declined to comment on their claims.

Primary Wave was founded 14 years ago by Lawrence Mestel, a former top executive at the Arista and Island record labels. Privately held Primary Wave got its start by purchasing half of deceased rock star Kurt Cobain’s Nirvana catalog. Nowadays, Primary Wave owns thousands of song copyrights from artists both living and dead. It has interests in the estates of the late classical pianist Glenn Gould and Houston, co-creating controversial hologram tours for both performers.

A history of illness

Alfred Jackson: Prince’s sibling died unexpectedly of coronary disease in August. His will left all of his assets to Raffles Van Exel, an entertainment consultant who is known for hanging out with Whitney Houston, especially in her last days, and Michael Jackson’s family members. Some of Alfred Jackson’s siblings are contesting the will, saying their brother was vulnerable and had “a failure of mind” in the months before his death.

Primary Wave: Alfred Jackson and another Prince heir, Tyka Nelson, sold a significant amount of their rights to Prince’s estate to Primary Wave, an entertainment company that owns the rights to several musicians’ catalogs and is marketing the Whitney Houston hologram tour. At least three of Prince’s other four heirs are contesting Primary Wave’s role in Prince’s estate.

Fees piling up: Court expense reports show that since Prince’s death in April 2016, fees to administrators, lawyers and consultants total tens of millions of dollars. Since he died without a will, his estate has produced one of the largest and most complicated probate court proceedings in Minnesota history. The estate is expected to be valued at between $100 million and $300 million; an IRS valuation is expected to be completed this summer.

Primary Wave’s agreement with Jackson is being challenged by his family.

Jackson had moved from Minnesota to Missouri, where he has family, after Prince died, and his will is filed in Kansas City probate court. On Aug. 29, Jackson succumbed to cardiovascular disease, according to his death certificate.

His family in Missouri said in court filings that Jackson had a long history of physical and mental health problems, including Parkinson’s disease, and took an antipsychotic medicine used to treat mental disorders. Court records show two involuntary commitments in Minnesota, in 1989 and 1991, and a diagnosis of “chronic paranoid schizophrenia.”

Last summer, Jackson’s medical condition “was such that [he] had experienced a failure of mind that deprived [him] of intelligent action beyond the most basic decisions,” according to a document filed in the contestation of Jackson’s will by Shawn Jackson, one of his brothers not related to Prince.

Before Prince died, Jackson was “unable to live independently,” and was residing at a Waite Park, Minn., facility for people who need help with “activities of daily living,” Shawn Jackson’s attorney said in a document filed this week in Prince’s estate proceedings in Carver County.

McMillan, who served as a business manager to Jackson for a time since Prince’s death, said he was “a very sweet, kind man. Very easy to get along with and easy to like. “He certainly was ill and needed care and assistance in pretty much everything he did during his later years in life, for sure. Any who met Alfred and had a conversation beyond five minutes would clearly know that.”

Shawn Jackson is trying to get Starke suspended as Alfred’s estate administrator, claiming the attorney is conflicted. A probate judge declared Friday that Starke does have conflicts, but didn’t issue a written order, attorneys said. Starke didn’t return calls for comment. It’s not clear how Van Exel and Alfred Jackson became friends. But Shawn Jackson claims in court filings that “Raffles has a history of searching out celebrities and their family when they are at a low point and then inserting himself into their lives, ultimately for his own financial gain or the financial gain of those he is associated with.”

They met during talks in Miami concerning O.J. Simpson’s book “If I Did It,” according to a bankruptcy court deposition from Starke, who represented a company owned by Simpson’s children.

McMillan said he met Van Exel once — at an October 2016 Prince tribute concert that the lawyer helped produce at Xcel Energy Center in St. Paul — but had no business dealings with Van Exel. But he does have questions about him.

“Put his name in YouTube,” McMillan said of Van Exel. “He somehow finds a way to connect to people who are vulnerable.”

Van Exel, who lives in West Hollywood, Calif., and bills himself as an entertainment consultant, could not be reached for comment.

Van Exel’s role in Alfred Jackson’s estate will likely be a “sideshow” to the main Prince probate case in Minnesota, said attorneys familiar with the Prince estate. “It doesn’t stop the people in Minnesota from otherwise doing what they need to do,” Patrick said.

Still, “it might give [Comerica] a cause to pause and figure out what is going on here. … The brother [Alfred] is still a beneficiary. They will need to answer the question: When the money is disbursed, where will it go?”

McMillan, a longtime time entertainment attorney who represented Michael Jackson’s mother, Katherine, in the disposition of his estate, is surprised that it’s taking so long to settle Prince’s affairs.

“Prince wrote a lot of songs and a number of them could apply to the what’s happening with the estate and the people around it,” McMillan said. “The song I most associate with this is ‘Emancipation.’ I’m hoping soon that his estate will be emancipated.”

This article originally appeared on StarTribune.