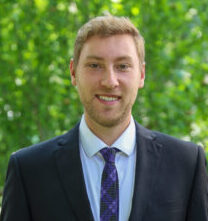 Daniel Relle graduated from Boston University in 2015 with degrees in advertising and philosophy. During his time at Boston University, Daniel competed as a D1 student athlete on the Men’s crew team, graduating as one of the most decorated rowers in program history. After three years working in both the marketing and finance field, Daniel attended Wayne State University Law School. During his time in law school, Daniel was the Vice-Commissioner of the Wayne State National Mock Trial Program and also competed on the Wayne State Moot Court Team. Prior to his work at Thav, Ryke & Associates, Daniel worked in a boutique law firm specializing in commercial litigation and business law. Outside of the office, Daniel enjoys to golf, live music and traveling.