Probate Can Get Messy – Just Look at These Celebs 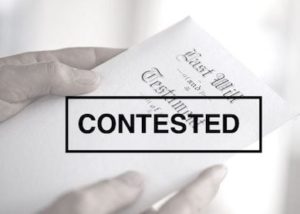 It’s no secret that probate cases can be messy. They are difficult to deal with because there is so much paperwork and documents to deal with. Additionally, probate law is a very specific specialization of the law so it requires the assistance and leadership of highly trained, skillful attorneys who are experts in probate law. Further, each state has different probate laws so you’ll need an attorney that is knowledgeable about local state probate law when it comes to wills and estate plans.

One way to know just how complex a probate case can be is to look at celebrities and high-net-worth individuals who have had their estates disputed in court.

You’ve likely heard about probate fights over estates when it comes to the famous estates of noteworthy celebs like Aretha Franklin and Prince, but these are the five most famous celebrity probate cases of all time:

Ice Cream Mogus Tom Carvel was the inventor of soft ice cream. He started out by selling ice cream from his truck in 1929. From there, he developed a business that became one of the first franchises in America. The reason for the probate fight was that Carvel left a will saying that all his money should be put in a trust for various donations to charities. The disagreement reached the boiling point when Carvel’s niece filed for his body to be exhumed in 2009 to investigate potential poisoning.

Anna Nicole Smith was married to billionaire J. Howard Marshall who was 62 years older. After only 14 months since these two got married, he died, leaving all the money to his son – E. Pierce Marshall. Anna and his other son, J. Howard Marshall III, joined forces and filed a will contest in court, claiming half of the will. Even if two of the participants died in the meantime, E. Pierce Marshall in 2006 and Anna Nicole Smith in 2007, the battle continues.

Tina Turner’s ex-husband, Ike Turner, died in 2007, he left behind a very valuable estate and royalties to almost 4000 songs. Because he didn’t leave a clearly stated and recorded will, the situation developed into his six children appearing before the courtwith six different wills, each giving rights to a different person.

Musician Jimi Hendrix performed at Woodstock Music Festival in the 1960s and was one of those famous celebrities who died suddenly at age 27. Hendrix left behind royalties that made family members and record companies start several tries. An attorney was in charge of his estate for 20 years until Hendrix’s father filed a suit for control in 1990. After five years, he won. But after Al Hendrix died, another battle ensued, this time between Al’s adoptive daughter and Jimi’s brother. The latter lost due to drug addiction problems.

Actor Gary Coleman was the star of the 1970s show “Diffr’nt Strokes.” When Coleman died at 42, in 2010, he left behind 3 wills. The last one being handwritten and leaving everything to his wife at the time. However, they have divorced, so this strange legal battle resulted in Gary’s business partner, Gray taking the spoils.