Aretha Franklin’s Probate Lesson for All Us 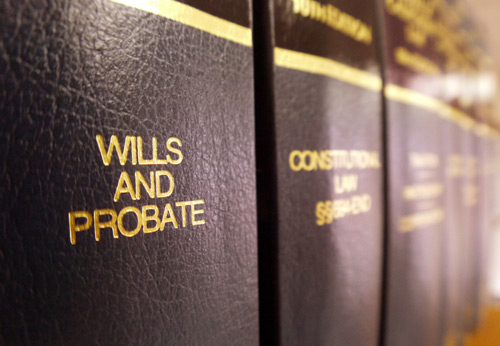 Aretha Franklin, the “Queen of Soul,” died back in August 2018 of pancreatic cancer at the age of 76. Her estate is just about to finally be settled now, almost 3 years after her death.

Everyone in Detroit, Michigan, knows the story of Aretha Franklin. Her rise to fame at a young age in the Motown era is a rags to riches story. What happened after her death with her estate was not a very good story. It is the perfect example of how an estate can go into probate and pose challenges to everyone involved if a will is not written before the person’s death. This is why we probate attorneys at Michigan Probate urge our clients to meet with us and make sure everything is in order with their estate. It will save your relatives a lot of stress and hardship.

Pontiac — Aretha Franklin’s heirs and the federal government are in line for partial distribution of her sizable estate, according to Oakland County Probate Court records.

The Detroit News has reviewed a petition, submitted last month in the estate case by attorney Reginald M. Turner, that could lead to partial satisfaction of federal claims that the estate owes more than $7.8 million in unpaid taxes between 2010 and 2017. The “Queen of Soul” died in August 2018 of pancreatic cancer at the age of 76.

The total to be paid to the IRS will eventually be determined “by agreement or litigation” according to the petition from Turner, the appointed temporary special personal representative of the Franklin estate.

The petition calls for an initial $800,000 payment to the government, with more to follow.

The payment plan, which still requires approval from Probate Judge Jennifer Callaghan, also provides for an initial $200,000 to be equally distributed to her four sons, Clarence, Edward, Kecalf and Theodore, as a partial distribution of the still-to-be determined estate.

Reached Monday for comment, Turner said, “I’m not comfortable in discussing it.”

Charlene Glover-Hogan, a co-counsel for Kecalf Franklin, also declined to comment on any payment plan other than saying “no agreement has been approved yet.”

Attorneys for the other heirs either did not return calls Monday or could not be reached for comment.

Franklin’s estate, including real estate, luxury cars, furs and jewelry, has been estimated at more than $18 million and as much as $80 million. The legendary singer left no formal will but three hand-written documents have been discovered since her death.

Those documents — including a spiral notebook found under the cushions of a couch — have been disputed by her four adult sons. Nearly $1 million in uncashed royalty checks were found in her possessions, relatives said.

The payment petition, dated Feb. 19, calls for disbursement of future revenues from song royalties, licensing agreement and others Franklin assets.

► 15% would be used to manage the estate. If at the end of a calendar quarter the estate has cash exceeding $1 million in the combined bank accounts in the name of the estate, Springtime Publishing and Crown Publishing, it would be distributed equally to the heirs.

The IRS has objected to Turner’s request for monthly distributions to the heirs without an agreed-upon payment plan for unresolved tax liability. The tax liability is still under appeal with the IRS and any overpayments made would be returned to the estate, according to the plan.